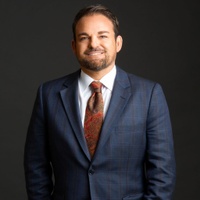 Brent O’Mara joined Feltz WealthPLAN in May of 2000 as a Wealth Advisor, and he hit the ground running and never looked back. It was his first position within the industry.

“Wow, did that work out!” he says. “I landed my dream job the first time. How many people can say that?”

Scope of Work and Greatest Satisfaction

As a Senior Wealth Advisor, O’Mara works with a number of the company’s clients, both new and existing, managing and monitoring their investment portfolios. He regularly meets and communicates with them in order to ensure their goals and objectives are being addressed, and he gets his greatest satisfaction in striving to exceed their expectations, and in protecting their interests.

Brent has a passion for charitable causes and as chairman of the ‘Feltz WealthPLAN Swing for Charity,’ he has successfully raised over $311,000 to benefit The American Cancer Society, The Alzheimer’s Association, The American Heart Association, Angels Among Us, and PlaySmart.

In his spare time, Brent, his wife, Erin, and children Wyatt, Quinn, and Sloane, love spending time with family, friends, and enjoying the great outdoors by hunting, fishing, and the occasional round of golf.